We will be making door wreaths, table decorations and other festive crafts.  Lots of foliage will be available for you to use.  Our café will be serving festive treats too.  Suitable for all ages – adults and children.

The fairies and elves are taking over the garden for the afternoon and making it magical.  Come and visit and do some Christmas shopping at our craft market and enjoy some festive delights in our café.

Here is a link to evocative photos by Martin Hewer

And here all all the albums currently placed in the gallery of garden photos over the years with many more to add. Gallery index

Prepare for Christmas and join us for making cards, wrapping paper, decorations and more and sample the treats in our café.  £2 per person.  All ages welcome.

Join us for an afternoon of fun, craft and Halloween themed treats.

All welcome – suitable for all ages.  £2 per person

Photos by courtesy of Colin Marrs

Come and explore and take a guided tour around our wonderful walled garden. Learn about the history and find out how its changed over time. Children are welcome to come and be ‘mini explorers’ with things to spot and find. There will be plants for sale and a café.

(Photo by Martin Hewer)
All vegetation and roof glass has been removed. Also all the 40 rotten roof glazing bars have been removed. The sagging side horizontal beam on the east side where 2 or 3 vertical support timbers had rotted has been jacked up to remove distortion of the structure. The ridge timber has been tied to the wall at the south end with a long timber tie to stabilise the structure without any glass in the roof.
Estimates for work to be done
John Wyatt who heads up a joinery firm has had a good look at the structure and submitted estimates as below:
a) Works to stabilise the main structure – £1650
b) Supply 40 roof glazing bars and 19m condensation channel – £1200
The wood used in the above will be Accoya which is the world’s leading high technology wood with durability matching or exceeding that the best tropical hardwoods.
John writes that he is excited to be part of the project and has provided good contacts for glass supply, etc
Next steps
1) Immediate procurement of tarpaulins to enable us to dry out the structure is number 1 priority
2) Obtain quotes for supply of glass
3) Work out a safe but inexpensive means of access to the upper part of the structure
4) Work up funding application

This post is Jo Baron’s explanation of how she is moving us into the real media world! Thanks Jo.

The fine featured image is a photo taken by Matthew Price who visited the Garden with a group of enthusiastic Instagram photographers.

I thought I would just write a few words to introduce what I do on these two social media platforms for the Garden and invite any and all of you to email me with announcements, fundraising bids, event notices, things we want and need for the garden, photos that tell a story or that would encourage volunteers and supporters and just generally help us let people who use social media to communicate know that we are here.

The Twitter account @BlaiseGarden has been going for a while now, and has run up over 1000 tweets, many of them accompanied by photos I have taken. A few people found the Garden through Twitter and one of them became a volunteer. Many people take an interest in what we do and some of the twitter followers have already voted in our latest fundraising bid, just because they are nice people. The Twitter account has a relationship with the Museum who also tweet actively, so we promote their tweets and activities and they reciprocate thus reaching more people than the Garden alone can reach.

The Instagram account @blaisegarden was put together the other week in a bit of a rush so that we could have a way of seeing the photographs that the Igers Bristol group of photographers took.

They visited the garden the other Saturday as part of a visit to Blaise Estate.

There were some amazing photographs taken by the Igers Group, who were all very complimentary about the Garden, the Museum and of course Blaise Castle, where they were shown around by Alastair for Friends of Blaise.

It is relatively straightforward for any of you who have a smart phone, tablet or computer to look at and see what is being put on either of these accounts and of course join in if you would like to.

where you will find a grid of pictures, any of which you can click on to look at in closer detail and see who took them and so on. Any without a name on have been put on there by Jo.

If you would like to join in, leave comments, ‘likes’ etc and help drive traffic to our account that would be wonderful. If you want some help in doing so, let Jo know or if you want to give me some feedback, make suggestions etc do get in touch.

And do please send photos that you don’t mind being shared in this way with a title or a bit of contextual text and I will put them on the account if you want me to. If you want to be credited for the photo then again let me know.

A fizzling and cracking evening was enjoyed by all 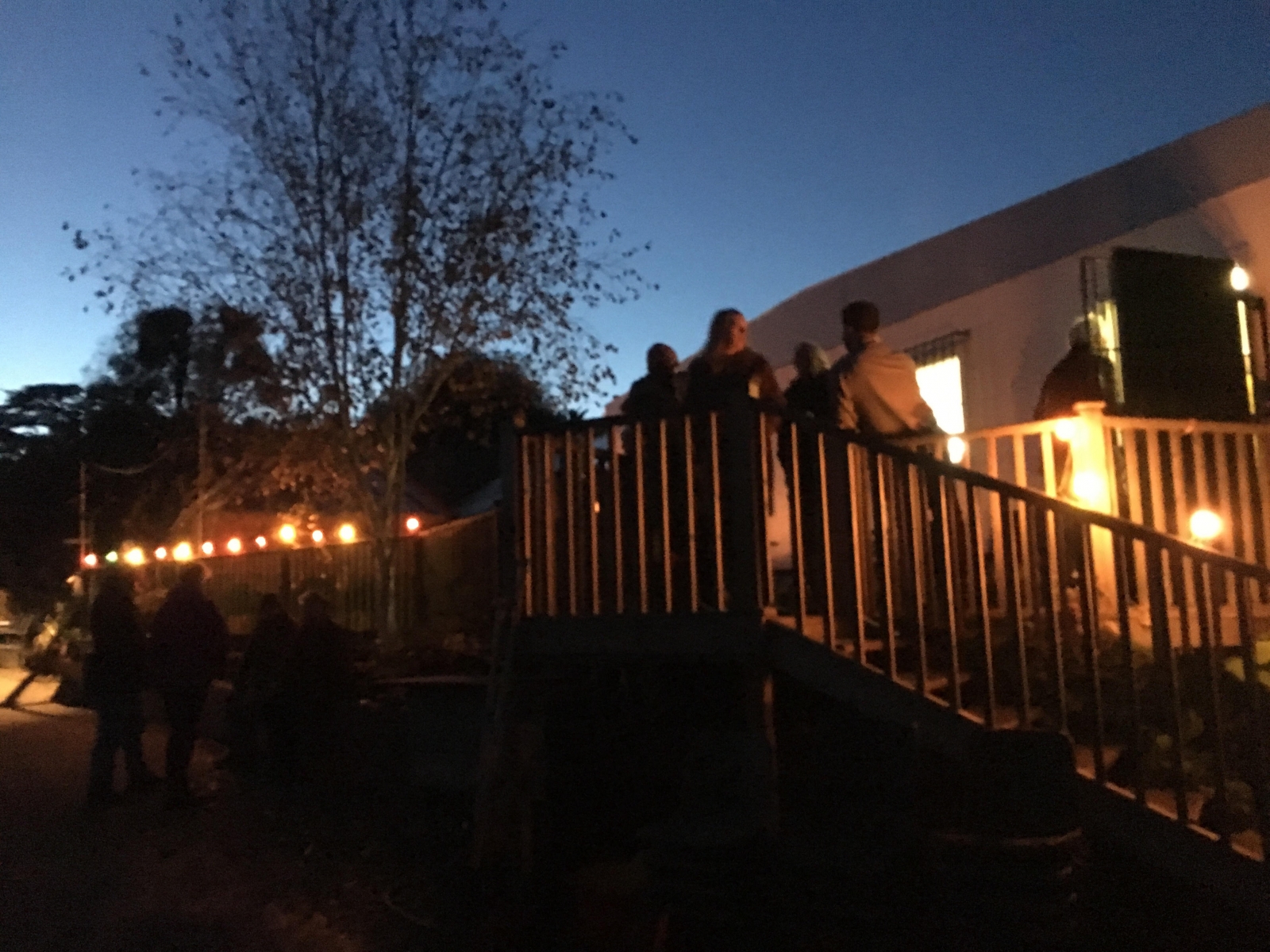 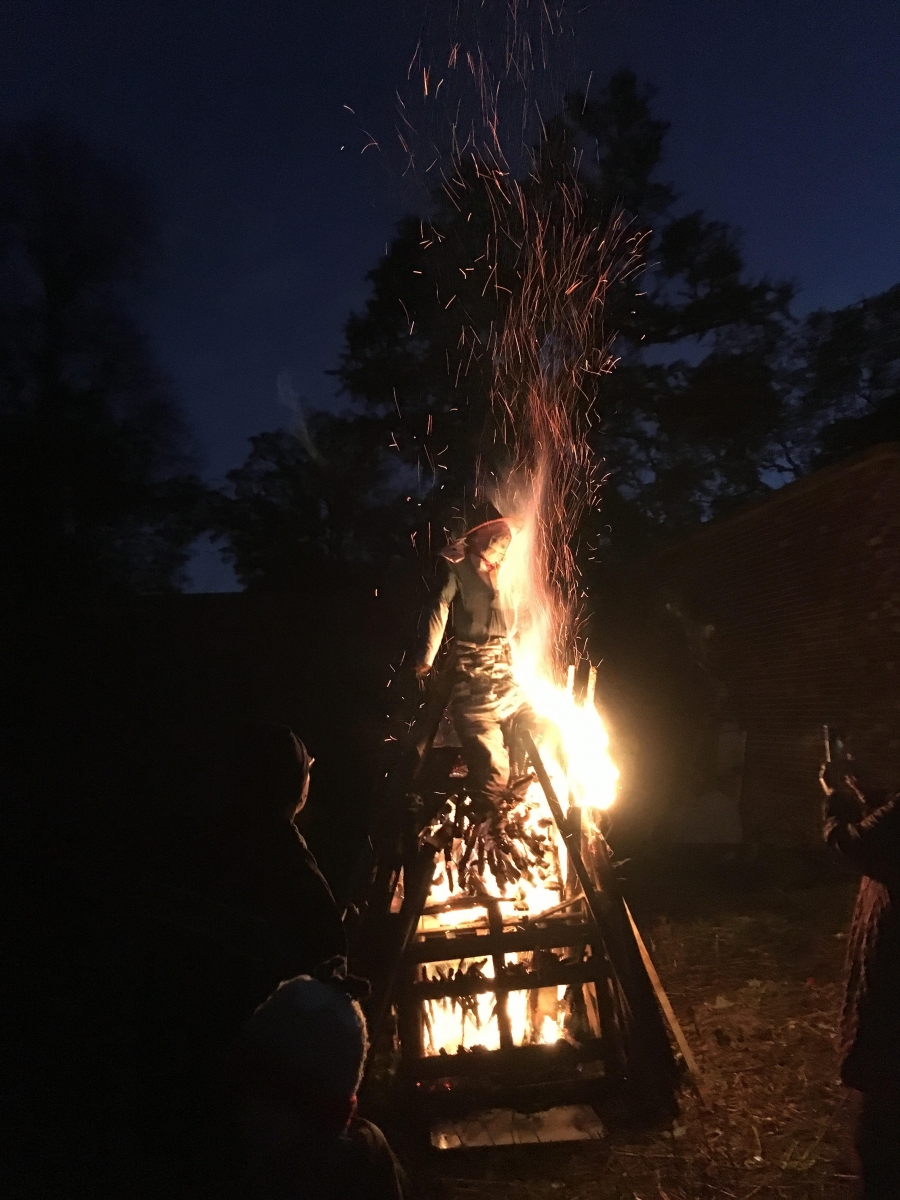 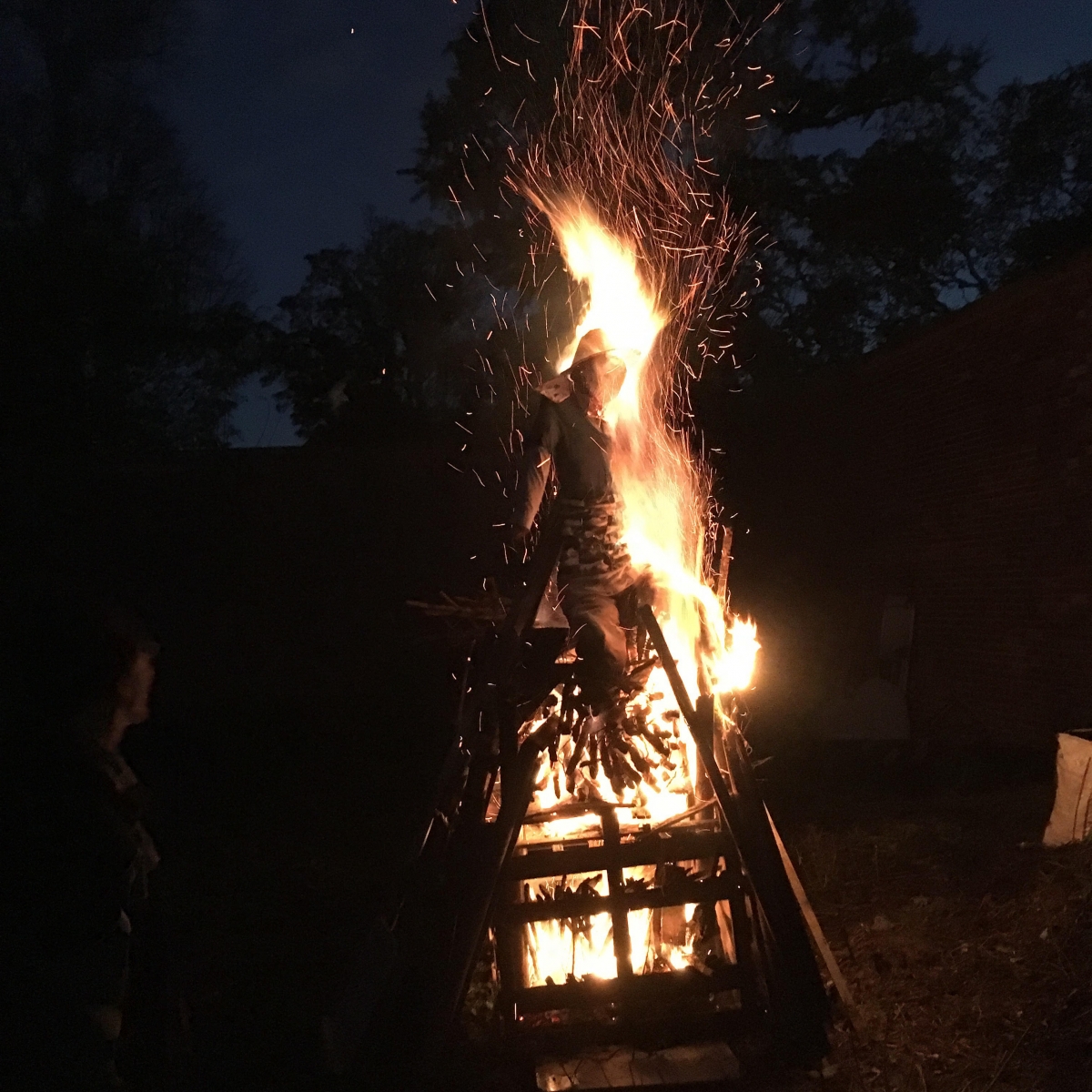 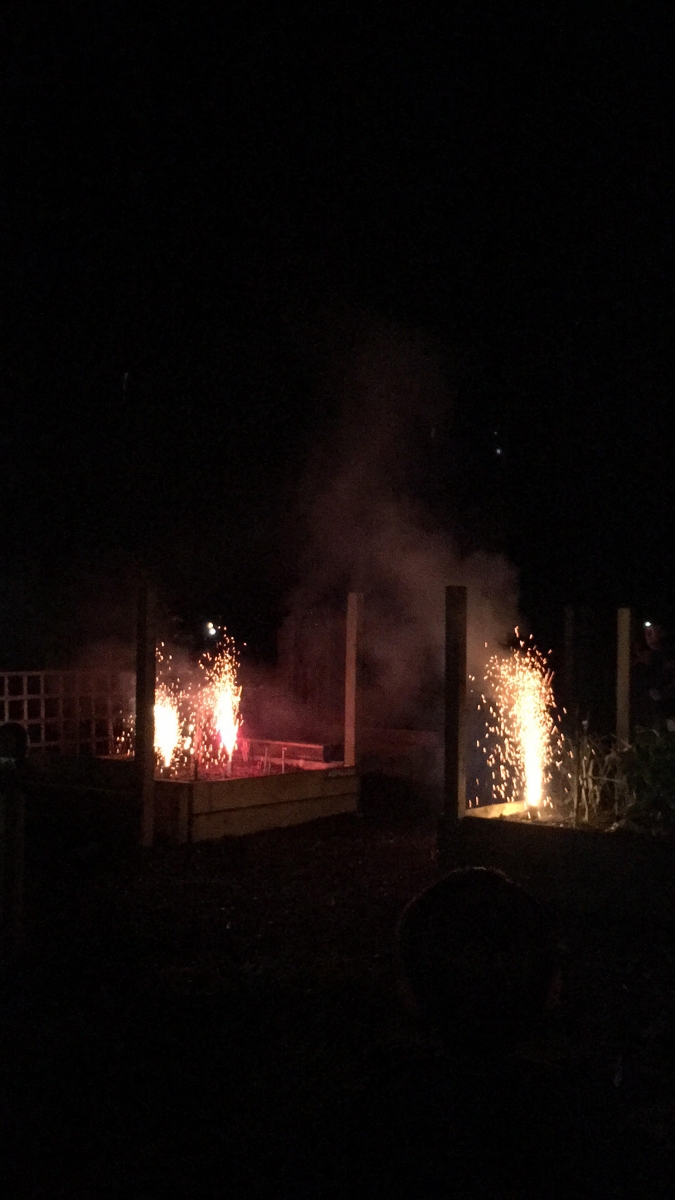 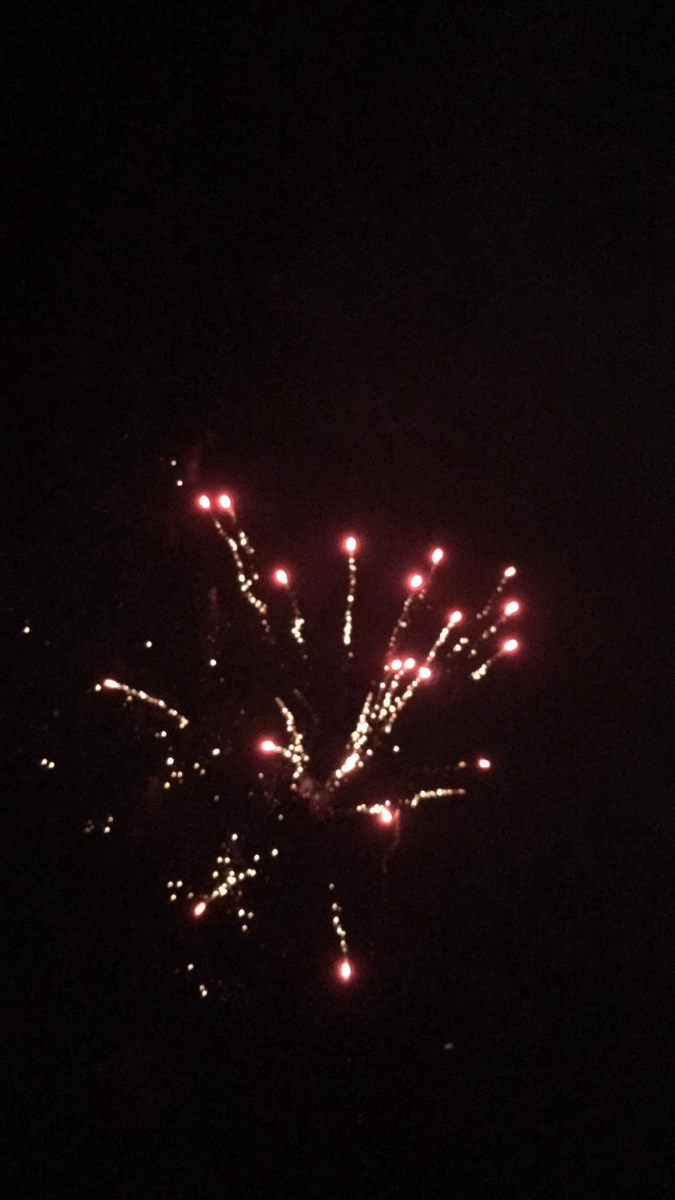 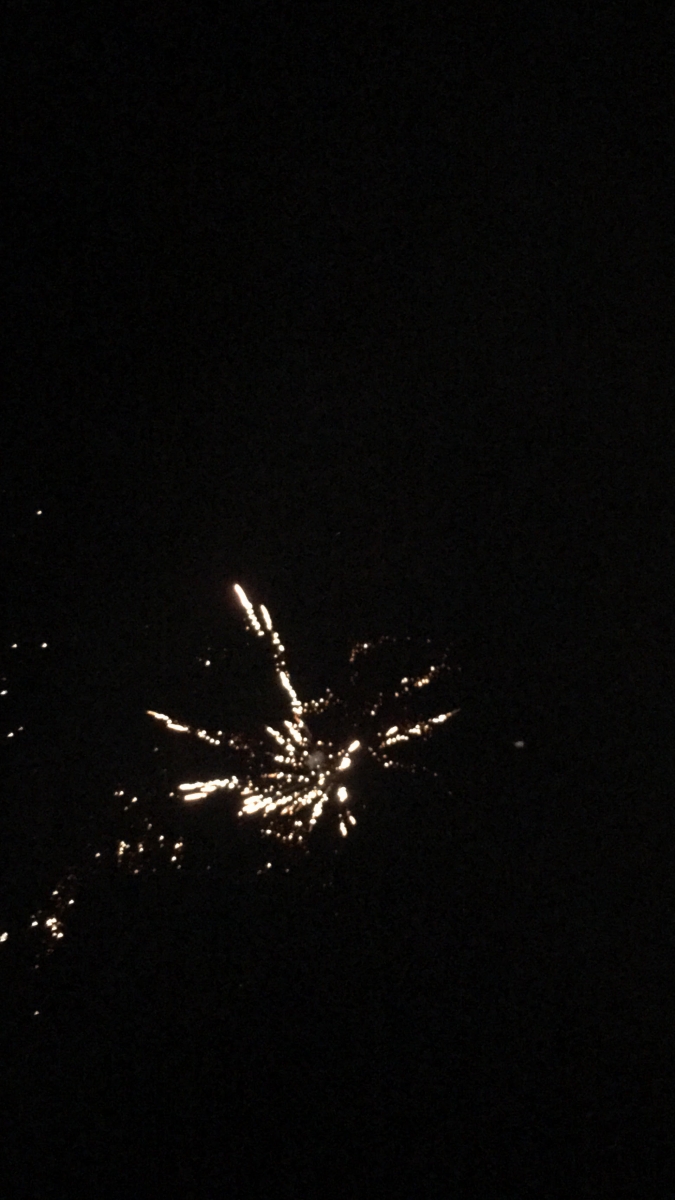 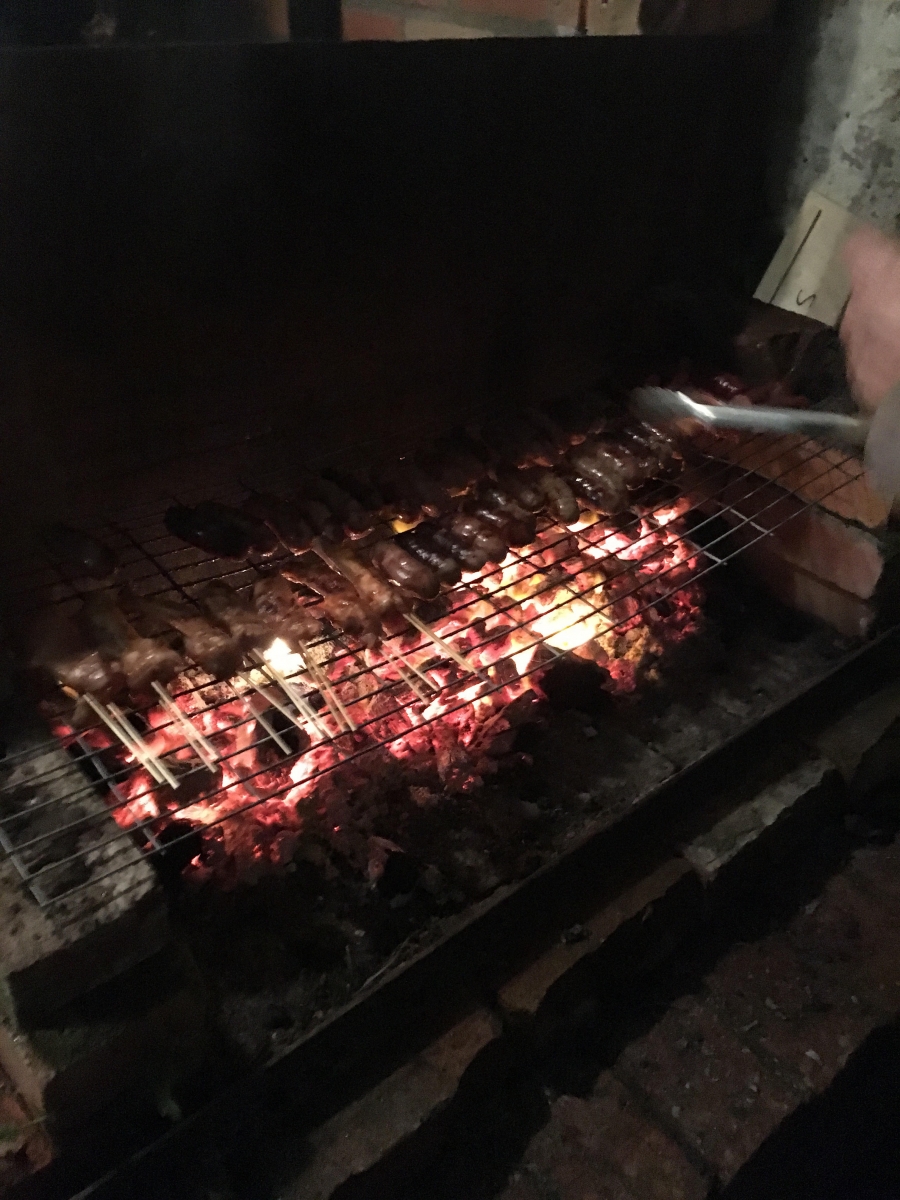 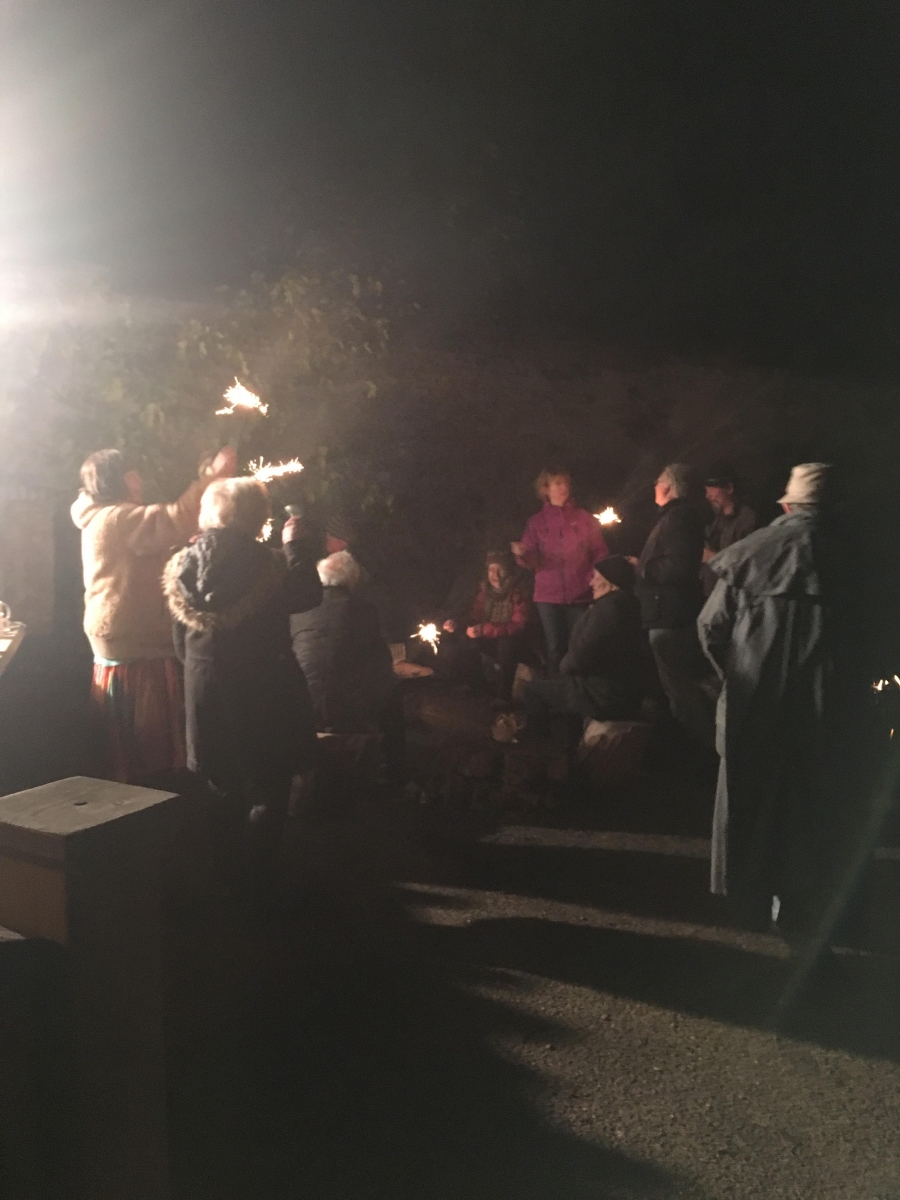 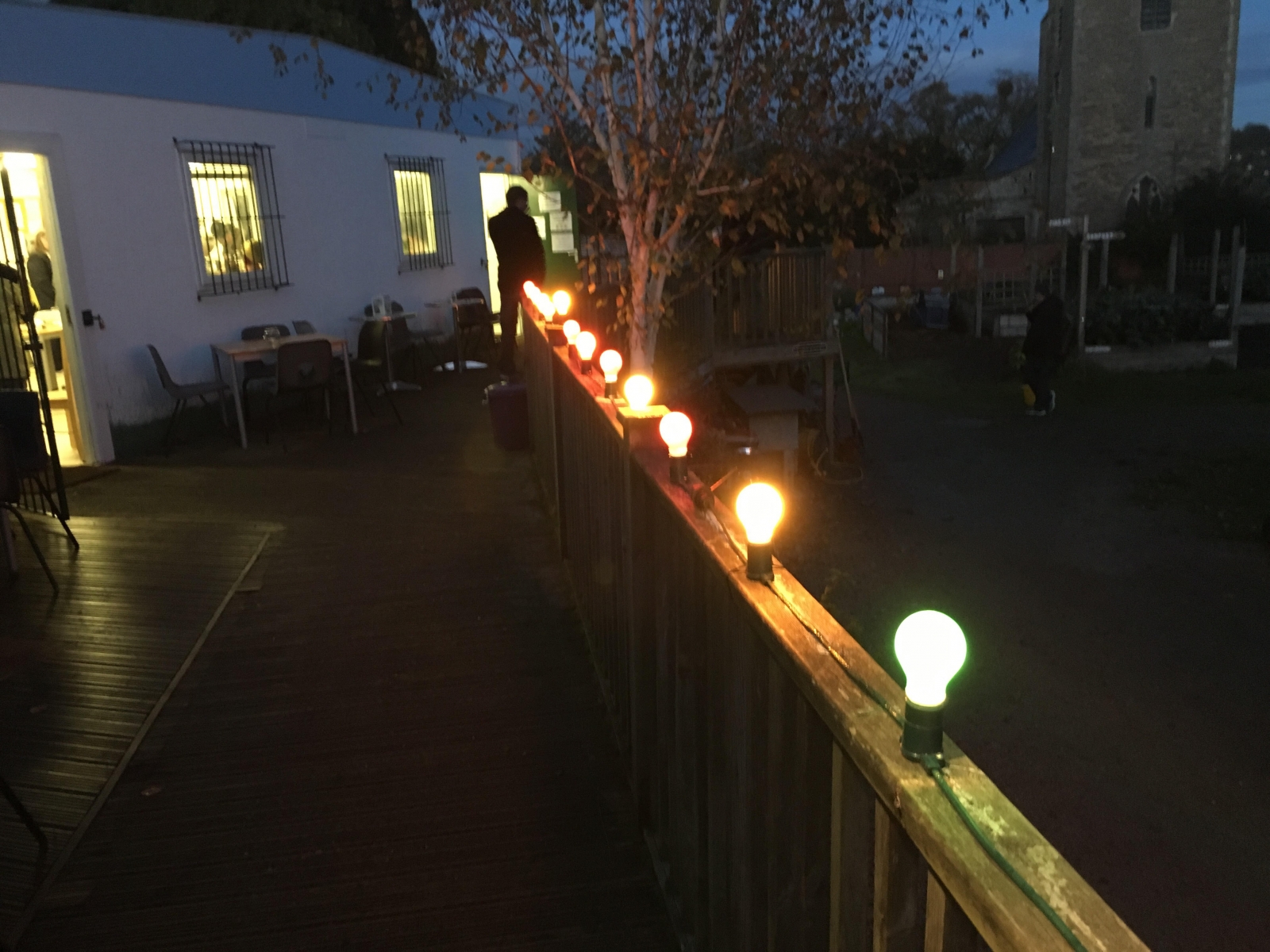 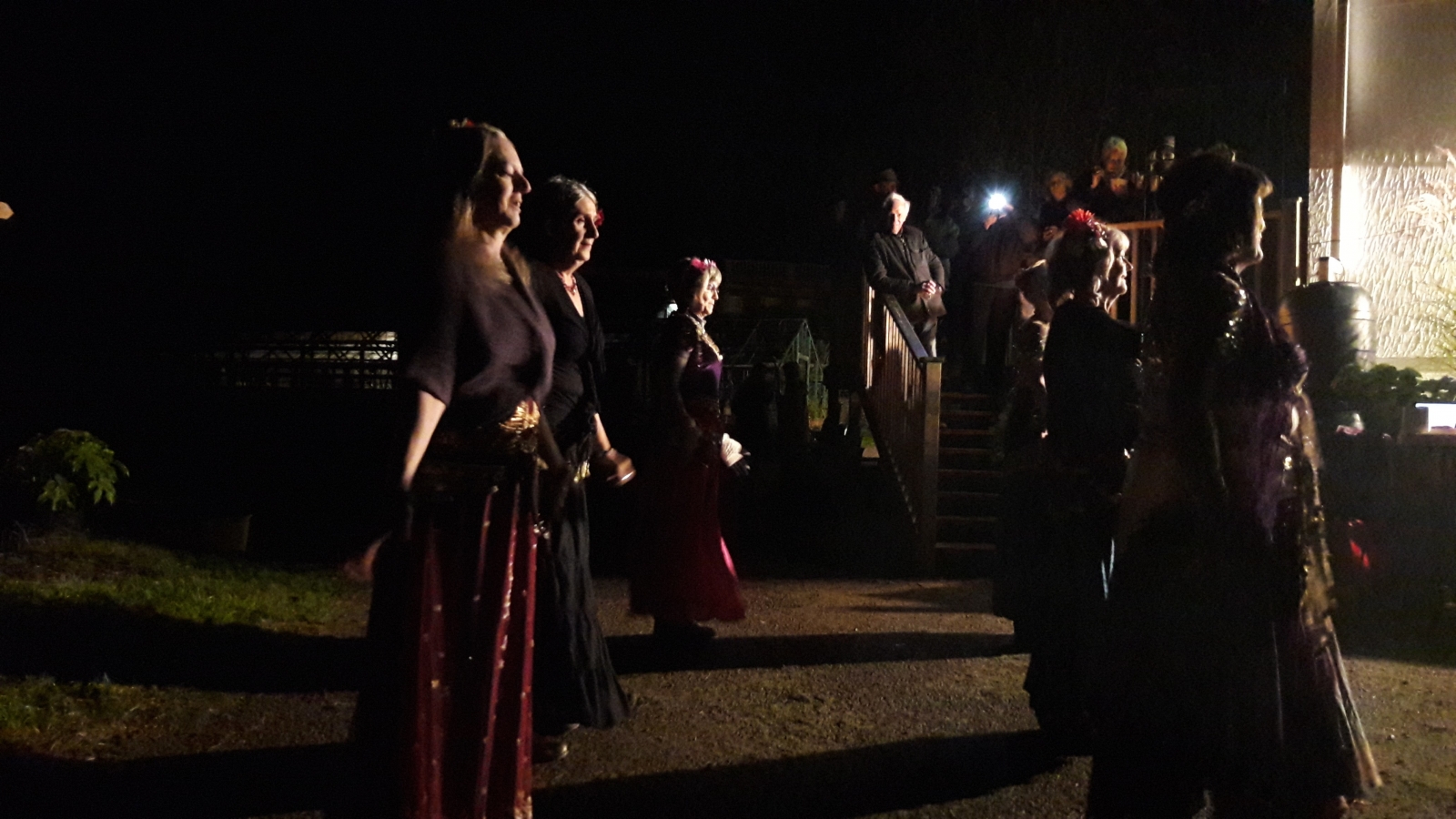 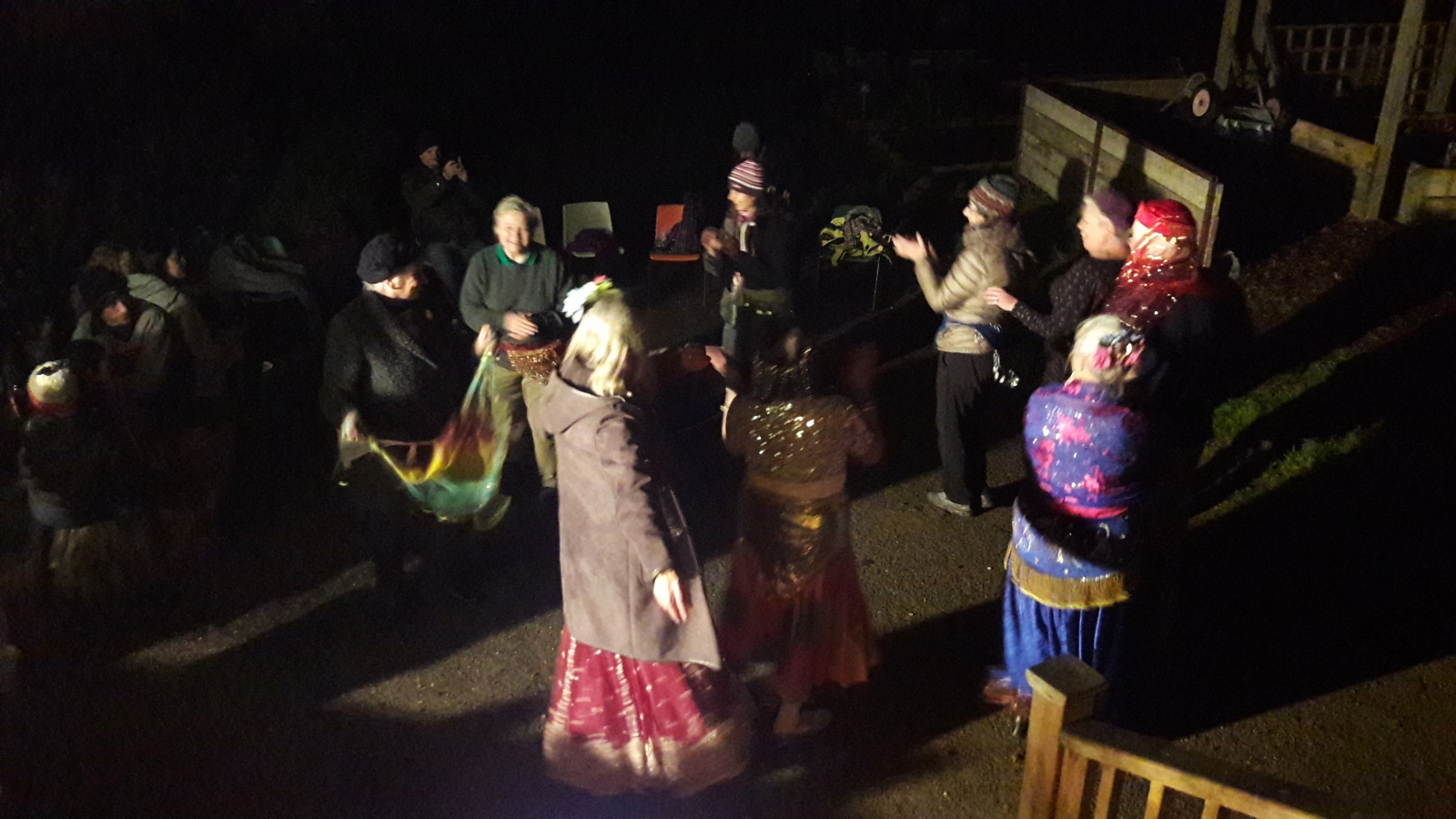 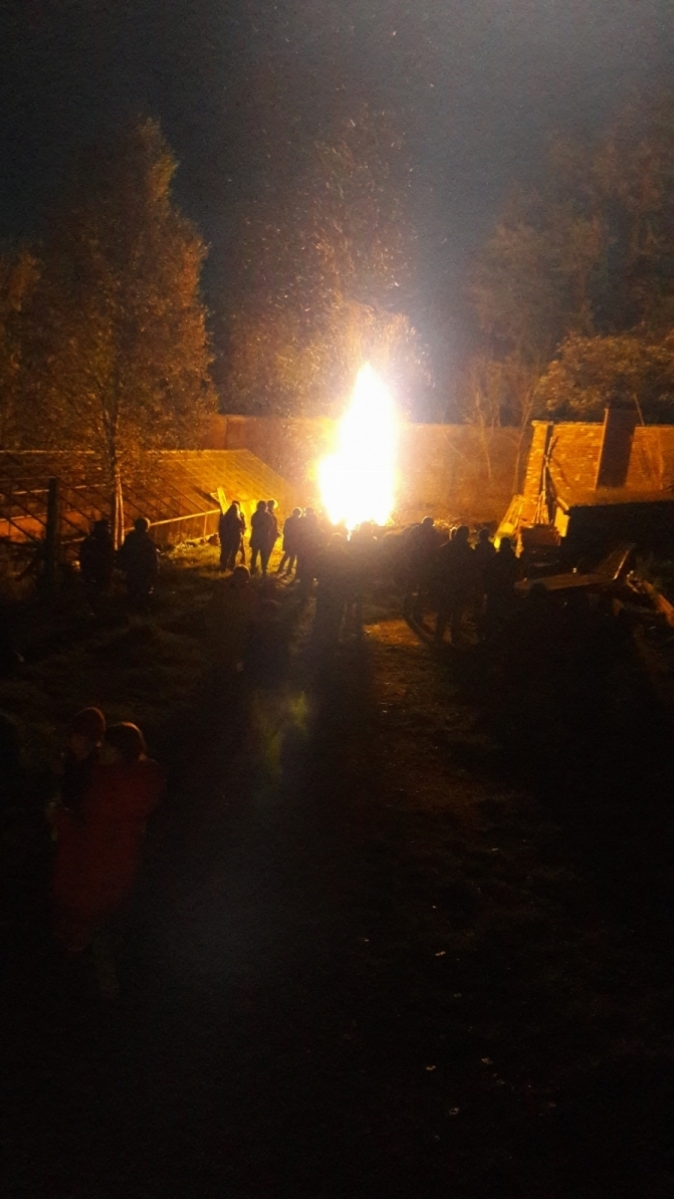